My Grittiest YES: How A Little White Lie Got Me Something BIG in My Life 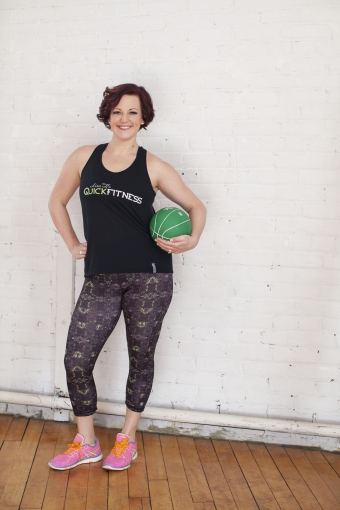 I told a little white one, while sitting on a big blue couch in front of a Television Camera on a Tuesday morning.

It was my monthly segment as an Expert Health and Fitness Host on our local TV network,

And we were discussing my Break the Mould: Become Fit, Fierce, and Fearless in the Life You Deserve Book.

"I'm being picked up by Chapters now!"

Excitedly spat out of my mouth.

You see, I was scheduled to be picked up by consignment at a local Chapters store after a successful book launch.

But in my mind, as I was spewing out that thought on TV, I decided that I was going to get a book deal.

That I was going to be picked up for REAL, in all of the Chapters stores, across Canada.

In fact, I was stating that exact thought over and over in my head since the book was written almost a year and a half ago.

Every day, 547 days of the year, I kept telling myself that I was going to get a book deal.

And here I stand, in my power and truth, saying I've done it!

This past Friday, I was offered a deal.

And THIS REALLY is HAPPENING.

Your mind is a clever, but simple piece of machinery.

It inputs, processes, and creates thoughts all day long.

But here's the thing,

To your brain, your thoughts are just stories.

Through your ACTIONS, you make them come true or not.

1. I manifested the good thoughts of what I knew was going to happen.

Notice I didn't say HOPE would happen. I KNEW.

Have that conviction and belief in yourself.

2. I set the big goal and then worked my way backwards.

Took a course on how to write a book,

Came up with the title,

Designed the cover and contents,

Reached out to stores,

Hustled my butt off in store,

Stop thinking things are so far out of reach that they can't be done.

Set the goal, break it out into small wins, and GO!

Never once in my child's learning to walk did he say this isn't for me.

Never once did he stop trying.

And we celebrated every little scoot on his bum, shuffle step, standing un-assisted, face plant, until he finally WALKED..... and now he RUNS!

Because without it, I might not have been that driven to make it happen.

What little white lies can you tell yourself?

What do you need to make happen by the end of this year?

Is it mastering your health, a relationships, work, school, a business, self-care?

Believe in yourself and go do it!

And if you need some inspiration, pick up my book HERE!