Failure Has a Function 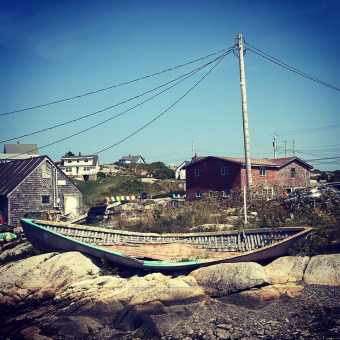 What are we going to watch?

Every Friday night it's the same question.

This past Friday we chose Evan Almighty, the hilarious comedy where Steve Carrol becomes Noah and builds and ark.

As I was sipping my wine, half paying attention, half thinking about my to-do's (still working on my squirrel brain being fully present 100% of the time.)

This part of the movie shook me.

When Evan's wife, Joan, is emotionally eating in the diner,

She took the kids to her moms because Evan made a fool of himself as Noah on TV and got suspended as a congressman.

God: [posing as a waiter named Al Mighty] I love that story, Noah and the Ark. You know, a lot of people miss the point of that story. They think it’s about God’s wrath and anger. They love it when God gets angry.


Joan: What is the story about, then? The ark?


God: Well, I think it’s a love story about believing in each other. You know, the animals showed up in pairs. They stood by each other, side by side, just like Noah and his family. Everybody entered the ark side by side.


Joan: But my husband says God told him to do it. What do you do with that?

Well, I got to run. A lot of people to serve. Enjoy. (Waves his arm and as he leaves Joan looks in shock to see her plate refilled without God having to leave and fill it).

What if we thought differently about the challenges in our life?

The team that's not preforming, the launches that don't go plan, the technology glitches, the bad online review.

We're so quick to call it a failure, but what if failure has a function?

What if failure grows character and teaches us a lesson?

I've never heard of a successful entrepreneur who wasn't told NO, or that they idea was stupid, or didn't make a fool of themselves,

When they were pursuing exactly the kind of impact and income they want to make in the world.

What if failure really is the success?

What if failure really is the path and we're not off course?

My mentor, Bo Eason, says the old way your dream won't come true (if you do the work and run the miles) is if you quit.

We're launching our 1 year group coaching program in October that establishes your brand online, creates your first courses and products, and gets you into launch land and income online.

It's for the full time worker who needs to take a slower pace, but still needs to make money. We coach you every step of the way! Learn more about it HERE!